Coffee on the Hill 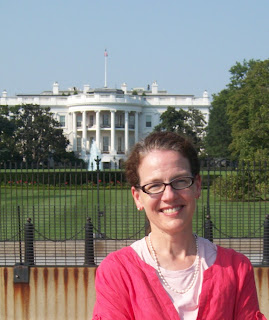 Sept. 13 - 15, 2011
I was in Washington D.C. on other-than-coffee business these 3 days -- too bad! As I learned from NCA member Tom Isaia, of Coffee Express, a bi-annual event called "Coffee on the Hill" was happening 8 - 10am on 10/13 at the Rayburn House, one of the buildings next to the capitol that houses dozens of congressional offices. Then 10/14 -1 5 was the NCA's fall educational program - including presentation of the results of the lastest consumption survey: "National Coffee Drinking Trends" (NCDT) report.

Once I heard about it, I made plans to catch an earlier flight than originally planned on Tue., 9/13. Everything looked like I was destined to be at Coffee on the Hill until the flight was cancelled AFTER the plane had taxied to the runway. Disappointing! Coffee on the Hill is put on by the NCA to raise awareness among lawmakers about the importance of the coffee industry. USAID is brought into the fold -- they bring in top quality coffees from around the world. (USAID sponsors many-coffee related projects in coffee-growing countries.)

I was able to peek into the ballroom on 10/14 as the NCDT was being presented -- but had to then rush on to other meetings.