Baristas at Starbucks Reserve Engage With Their Supply Chain

Starbucks recently introduced its newest venture touting increased quality and “the rarest, most extraordinary coffees Starbucks has to offer” through its Reserve roasteries and coffee bars. At the Starbucks Reserve bar in Wrigleyville (Chicago), Ill., baristas have taken a special interest in learning more about where their favorite coffee comes from.

According to Shawn Gancarz, the store’s manager, the team of baristas have done significant research on the important roles that women play in the production of coffee. Their internet searches had brought them to the website of the International Women’s Coffee Alliance (IWCA), and the “Research Alliance” page specifically. Through the contact info there, Shawn got in touch with Artisan Coffee Imports (@ArtisanCoffeeMI and @artisancoffeegroup) and IWCA (@IWCAGlobal) board member Ruth Ann Church, who happened to know that Starbucks Reserve serves a Rwandan coffee from the Abakundekawa Cooperative in the Gakenke region, and that cooperative is represented by Misozi Coffee (@MisoziCoffee), the same marketing group from which Artisan sources Rwandan women-grown coffee. Thanks to Gancarz’s email to Church in support of his baristas’ thirst for knowledge, the Starbucks Reserve staff got more than they expected in terms of connection with producers, stories to tell about coffee, women in coffee, and the challenges faced by farmers in Rwanda.

While in Kigali at the end of August, Ruth Ann Church hosted a Skype discussion between some of the staff of the Wrigleyville Reserve Bar and Kevin Nkunzimana, Managing Director of Misozi Coffee, who represents Abakundekawa and other cooperatives, including the cooperative from which Artisan sources.

Out of their curiosity came new perspectives for the Starbucks staff to consider, from climate change to the economics of coffee. During the trans-Atlantic call, Gancarz, along with Ash Kolodziej (education, leadership, and training) and baristas Kate, Brian, and Tray, learned from Kevin that unexpected rainfall or droughts caused by climate change are a major challenge, as is engaging young people in coffee farming and finding ways to make it a marketable and desirable career.

Just about a month after this initial connection, on Sept. 24, Church and three of her IWCA board colleagues visited the Wrigleyville store in person, thanks to serendipitous timing with their in-person board meeting taking place in Chicago this year.

During a 9 PM tasting of Starbucks’ (decaffeinated) Costa Rican roast, Church finally met Gancarz in person, and spoke with shift supervisor Carina and barista Alex, who’s been at the store for about four years. Expanding on some of the information Nkunzimana had previously divulged, Maria Botto, the IWCA board member representing IWCA’s 20 chapters in producing countries, explained some of the challenges that she faces as a coffee producer in El Salvador. She explained how the “roya” or coffee leaf rust, is a pest that gets into the roots of the coffee trees, causing all the leaves to fall. [Click here to learn about the leaf rust crisis in coffee.] Her farm was devastated in 2012 and left with only 10% of their pre-roya production level. Now, six years later, they are back to 25% of their earlier production levels. “The road to recovery is hard and long,” was basically Botto’s message.

Carina and Alex expressed that the opportunity to share with IWCA leaders and volunteers was particularly inspiring for them because of their educational background in women’s studies. Between their dedication to empowering coffee producers--particularly women--and the knowledge that has come from their own research and new connections, the Starbucks staff is energized to continue collaborating, and already have a few ideas brewing.

Nkunzimana had told the staff on the Skype call about Hingekawa, a group of women within the Abakundekawa cooperative, and given the success of the Abakundekawa coffee at Starbucks, there may be opportunity to encourage Starbucks buyers to support these women coffee producers in Rwanda, as well. Ruth Ann noted that throughout her interactions with the staff in Wrigleyville, they were constantly focused on how they could articulate the story of their coffee to others, and perhaps they will be able to do so throughout the corporation with their growing knowledge and network. Gancarz in particular would like to see if there is interest at the Starbucks headquarters in Chicago to host another skype call with producers at origin, this time including more staff at various levels.

As Mr. Nkunzimana had emphasized to the staff on that first skype call with Rwanda, “you are our ambassadors. Thank you!” 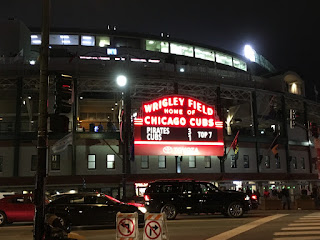 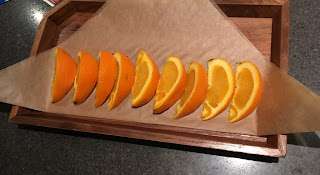 Posted by Ruth Ann Church at 6:44 AM No comments: