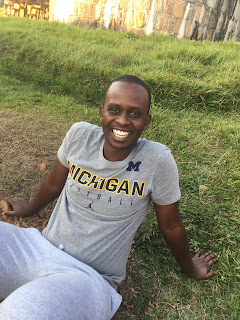 One of the greatest joys for me as a business owner is to see that some encouragement I gave to others, especially young people, helps them build a career in coffee. Joel Arusha is an example of this as he starts a new position this month within a well-known non-profit. Joel will be leading the non-profit's entrance into the coffee sector! The organization has a reputation for helping subsistence farmers in many countries in East Africa move themselves above the poverty line and feed their families. In my travels, I often meet the staff from this group. They all seem to be young, bright, energetic professionals dedicated to their work and ready to make the world a better place.

Thus I always encouraged my friend Joel to be persistent when he was first applying for the job. I knew Joel would be a great fit. Eventually, after seven interviews Joel was offered a procurement position. This is significant, as he was responsible for purchase of critical supplies like the fertilizers that the organization distributes to smallholders.

I first met Joel in 2015 through a "Farm to Cup" program organized by a consortium of universities: Washington State University, Michigan State University (MSU) and University of Rwanda. Six students from the U.S. universities traveled to Rwanda and met up there with six Rwandan student-counterparts. I was one of the three students selected to go from MSU. Joel was one of the Rwandan agri-business students selected. This is the same program where I met Grace Izerwe. (Click here for previous blogpost.) 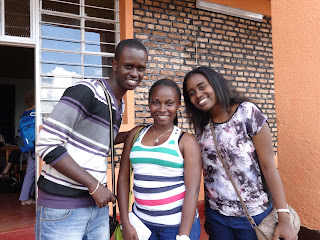 UR students Joel, Grace and Samantha in 2015 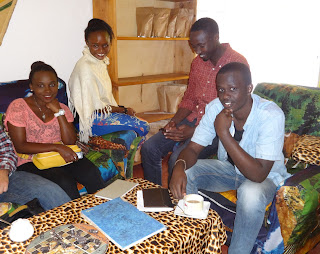 Joel (far right) hanging out at the ConneXion Cafe in Huye - 2015
After I started importing coffee from Rwanda I began hiring Joel frequently as a translator and assistant for trainings and other projects. He would somehow fit this work in during his days off from work. In 2019, Joel also translated for one of Artisan's customers, Andrew Timko, who came to Rwanda to consult with Kopakama cooperative on soil rejuvenation. At the same time, Joel would co-lead trainings at the dry mill in Lean and coffee cupping sessions. Joel's passion for the coffee industry was so evident. He would often say, "I love this industry so much. Some day I have to work in coffee." 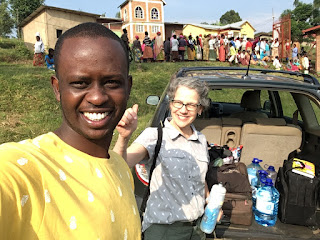 In 2019 Joel started his masters in Agri-business at University of Rwanda. He selected a research topic in coffee, (of course), namely "Effects of Payment Modalities on Coffee Productivity in Rwanda." I was excited about this topic and the results of the data analysis and farmer interviews that Joel conducted.
In 2020, Joel started his own coffee company, Sun Coffee Exports and Roasting, and he started a youth cooperative near his hometown of Huye -- all while holding down his full-time demanding job in procurement at the non-profit.
At about the same time that Joel was putting the final touches on his masters thesis, he noticed the posting for an internal position: "Market Access Entrepreneur". He also noticed the description said the organization encouraged applicants with interest in the coffee sector to apply, which was unusual, since the organization had always only worked on food crops in the past, like rice, maize and beans. Never export crops like coffee. 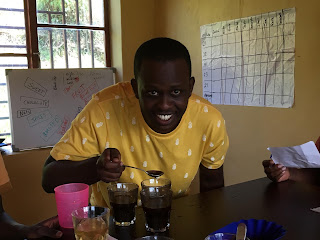 I was excited as I heard about this. Having a pro-farmer, global, well recognized non-profit organization in the coffee sector in Rwanda would be positive. I was even more excited when just three weeks ago Joel announced he had been selected for the position and was transitioning fast into his new role. Congratulations Joel!
As you can tell by this story, Joel is an amazing individual with incredible energy, focus and drive. We recognize that he would be successful at anything he puts his mind to whether we were there "encouraging" or not. At Artisan Coffee Imports, we just feel fortunate to be part of one more young professional's exciting entry into a full-time coffee career. 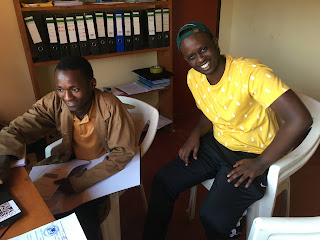 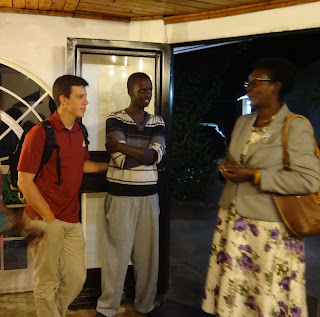 Owner of the well-known Chez Lando Hotel in Kigali talks to Joel and another student. 2015.
Posted by Ruth Ann Church at 9:16 PM