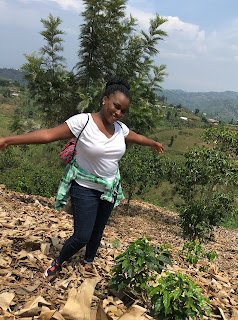 Earlier this month a colleague and friend, Grace Izerwe, started her new role as Chief Production Officer at Kopakama Cooperative in Rutsiro District, Western Province, Rwanda. She is certainly among the first women to hold this high-level position in a cooperative in Rwanda!
For the past year, Grace has been a dedicated Quality Control Intern for Artisan Coffee. This means she was working without a salary, receiving only compensation for her expenses as she fulfilled a wide variety of duties supporting all the processes at Kopakama: from farm to washing station to cupping lab to export.

The fact that a large, respected cooperative has now recognized her considerable skills and talents in coffee agronomy, quality control at many points in the supply chain and her agri-business background is a wonderful time to pause and say "thank you" and "good luck"!

I first met Grace in May 2015 during a unique and impactful "Farm to Cup" program organized by a consortium of universities: Washington State University (WSU), Michigan State University (MSU) and the University of Rwanda (UR). Six students from the U.S. universities traveled to Rwanda with a professor from WSU and met up there with six Rwandan student-counterparts, and Rwandan educators. I was one of the three students selected to go from MSU. Grace was one of the Rwandan agri-business students selected. I had the good fortune to be assigned to work with Grace as a field research partner.

2015 "Farm to Cup" students. Grace (arrow), Ruth Ann (far right)
Grace graduated soon after the Farm to Cup program ended and a year later she got married! Next came two darling children, Keila in 2017 and Kent in 2018. For someone with Grace's energy and drive, this was still not enough. Throughout her early years of marriage, she would occasionally work for Artisan during my travels to Rwanda, translating both verbally and in writing. Eventually, in 2019, she told me she would like a career in coffee! 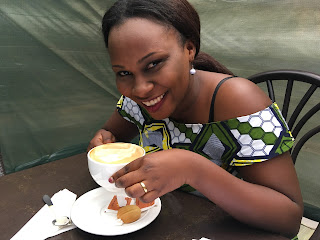 Grace's strong interest in working with farmers and getting hands-on experience in coffee agronomy coincided with my recognition of an acute need at Kopakama.  This cooperative supplying Artisan's green coffee desperately needed more support in the quality control area. In January 2020 I proposed Artisan's first "Quality Control Intern" program to Kopakama's leadership. I was delighted when they agreed. Grace started in March 2020 and within two weeks, I believe, the Coronavirus lock-downs started! All buses between the capital city, Kigali, and the rural areas were stopped. Grace was forced to stay at home for nearly two months. During this time she conducted phone interviews for Artisan with the farmers of the Ejo Heza women's group. She assessed their opinions of Artisan's latest program (the 300 Club) and overall impacts of COVID19. 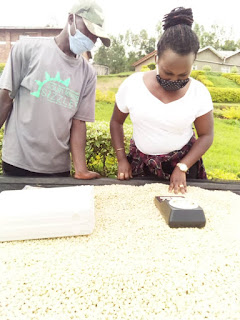 Finally in June 2020 she was able to return and continue working with Kopakama's staff. She participated deeply in all the steps of the coffee value chain from harvest, to de-pulping, to drying, to all the export steps. She also became a master of sample roasting and cupping. Grace's assistance was becoming more and more valuable to me as the importer since I was "stranded" on the US side of the ocean.  I was unable to travel to visit, as I normally would, but Grace could give me detailed reports in fluent English and send photos. The photos! We've discovered Grace could easily have a second career as a photographer. 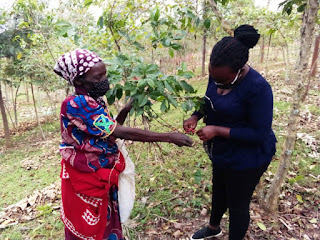 In December 2019 Kopakama posted several open positions, and Grace submitted her application for Chief Production Officer. At the end of March she was one of three final candidates invited to take an exam on topics related to the position. Grace scored the highest, and the position was offered to her! Congratulations!
"Now the real work begins," as they say. Her first week on the job was marked by an auspicious event. Kopakama was visited by the Permanent Secretary of the Ministry of Agriculture. Grace, along with other leaders of the cooperative, participated in the formal meeting and tour of Kopkama's dry mill. The Secretary and local mayor were there to show there support for the coffee industry.

Grace will face many challenges working in a rural area, finding work-life balance as a parent of young children and tackling the issues that seem endless in the coffee sector in Rwanda. But she is well prepared and will certainly continue to benefit many farmers, colleagues and organizations in her career - Artisan Coffee Imports included, we hope! 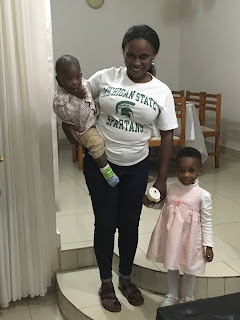 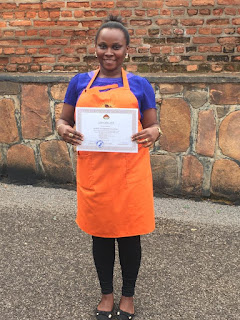 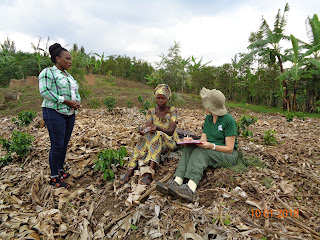 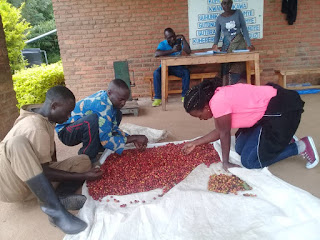 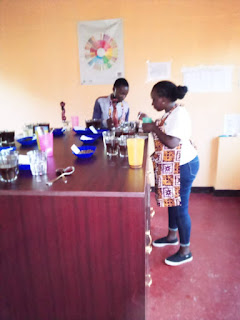 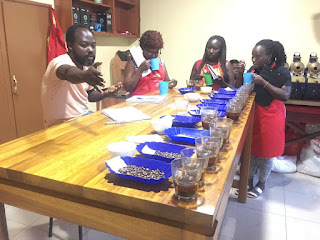 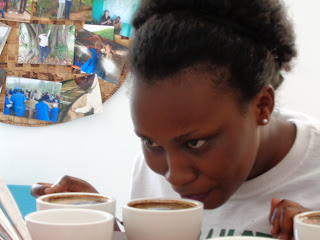