Last week I had the opportunity to visit two high-end cafes in downtown Detroit. I saw for the first time with my own eyes what Artisan's big-city customers have been reporting for the past 17 months - demand and foot-traffic in downtown is down, while demand in the 'burbs is good. In the urban centers, cafes are surrounded by office buildings now emptied of thousands of workers. Office-workers who used to flock to a nearby cafe on a break now work from home. Often, as is the case in Detroit, home is in the suburbs, not downtown.

My visits last week bring hope! Madcap at 1413 Farmer Street and Dessert Oasis Coffee Roasters at 1220 Griswold St. are doing a great job opening up and attracting the residents who have been there all along and workers who are starting to return to downtown Detroit! (See more photos at the end of this post.)

Artisan's customers on the West coast, especially San Francisco, have reported similar hard times for their cafes in central, downtown locations. New York was hard hit also, but differs depending on the neighborhood. Mid-town cafes are near residential areas, and therefore attracting some decent foot-traffic. However downtown (financial district) cafes are further away from those home-offices. Many downtown Manhattan office-workers come from Connecticut or New Jersey, not to mention Brooklyn and other boroughs. So we see the empty seats and tables next to the skyscrapers. Meanwhile on main street in places like Hartford and Greenwich, CT, high-end cafes are having a record year. 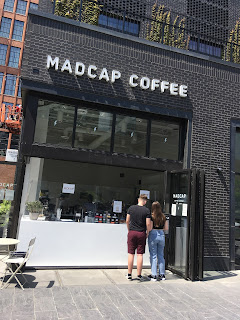 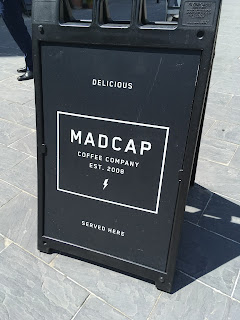 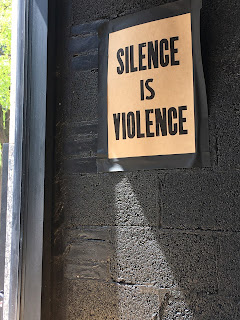