Calling all gourmet decaf coffee lovers!
The website of your dreams has just launched - www.DeliciousDecafCoffee.com. It gives you the opportunity to buy roasted premium decaf coffee on-line, from a source you can trust: Artisan Coffee Imp

orts (the only importer who specializes in great-tasting, high end decaf coffee.)

I've tried the decaf Kenya AA Meru-Riankune, and it's excellent. For those that want an organic and water-processed coffee, try the Peru.

The site is great, because it categorizes the coffees by decaf process. And ALL the coffees are single origins -- no blends of "nasty + moderately bad" trying to masquerade as good coffee. There's even a decaf espresso that's a "custom design" for great decaf espresso drinks.

Enjoy!
Posted by ruth.church at 7:18 PM No comments:

My local newspaper, AnnArbor.Com, just published a touching review of coffee culture in our county - Washtenaw County, Michigan. From a 1924 Men's Morning Coffee Group, to Frank's and the S.S. Kresge, the article recounts the history of coffee in our community. Love the Steinbeck quote, "The hot bitter coffee scalded our throats. We threw the last little bit with the grounds in it on the earth and refilled our cups."

Now the coffee scene is diverse and offers a wide variety of quality choices. Love it that one of my favorites, Zingerman's Coffee Co., is called out with a quote from a decaf drinker -- "I only drink decaf, and their decaf blend of Americano is really wonderful," she said. She is so right. When I've ordered decaf Americanos there I almost always am stopped in my tracks for a few seconds thinking, "DANG, that's good coffee!"

Keep doing that decaf right out there, folks! And if you need a source for good decaf grounds, besides Zingerman's, I've heard of another local provider who has great-tasting roasted decaf coffee.
Posted by ruth.church at 6:02 AM 2 comments: 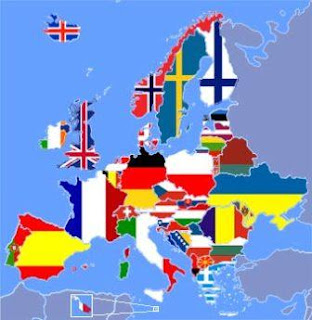 The article takes a look at the first ground-breaking compilation of market statistics on decaf coffee done in 1999 (using year 1997 based figures). The result back then? "Above 10% in Austria, Germany, Holland and Spain; just below 10% in Belgium and France; below 5% in Itlay and the UK; negligible amounts in Scandinavia." Averaged out -- "15 years ago the decaf tonnage consumed within the EU amounted to about 7% of the global [EU] coffee consumption, on a green bean disappearance basis."

Interesting terminology, eh? "GLOBAL EU coffee consumption? I assume that means there is also a "GLOBAL North American coffee consumption figure? As an editor, I would prefer to use "combined" to describe combined data, and save the word "global" for when we're really talking about the whole world.

Anyways -- the article goes on to estimate decaf consumption by country today. Unfortunately, there is no directly comparable report to the one done in 1999. Instead, Tea & Coffee has compiled various data and reports: France at 7% (down from before); Germany at 7.8% (also down). Decaf growth appears to have happened in Italy, now reporting 7% and Spain, "remaining the champion" is at 20%.

Wow! 20%! Why would that be? How could that be? That's a bit of a mystery. The article says "the Spanish decaf manufacturers have been intensely communicating about the benefits of decaf consumption." But who are the Spanish decaffeinators? We only know of plants in Italy and Germany.

So not surprisingly, an article delving into the world of decaf also digs up new mysteries in this shadowed and barely understood market!
Posted by ruth.church at 4:25 AM 3 comments: