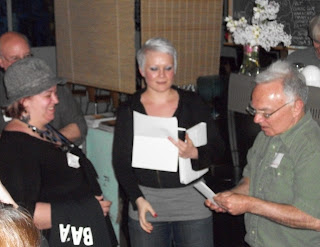 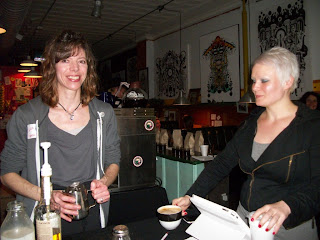 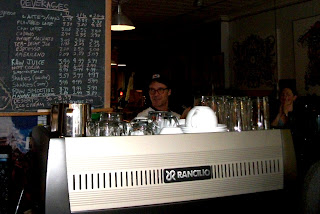 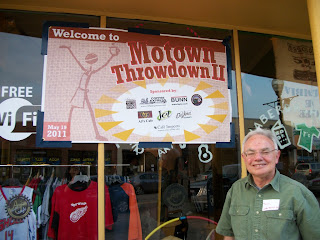 The second event: Best Coffee Contest - had 13 entries -- all Colombian. Sally Rivera (imported from Cafe Imports) and Ruth Ann Church (Artisan Coffee Imports in Ann Arbor, MI) cupped and scored all 13 of the coffees, which took almost 2 hours. The top 5 Colombians were then brewed and poured into 5 numbered airpots. Then all participants could taste and judge. The informally scored ranking was:
1) Coffee Express Co., Plymouth; Giraldo Exotico (imported by Royal)
2) Madcap Coffee, Grand Rapids; from Didier Reinoso's farm - used at the Barista Championship in Houston
3) Cafe Imports (green coffee importers), St. Paul, Minnesota.
4) Coffee Express Co., Plymouth; organic
5) Artisan Coffee Imports, Ann Arbor; you guessed it right! This was a DECAF coffee from Artisan Coffee Imports and it was in the top 5 out of 13! The coffee is from the state of Tolima, southern Colombia, and the ASOCEAS cooperative -- a group of 58 farmers near the town of Rio Blanco. 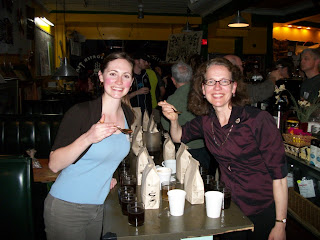 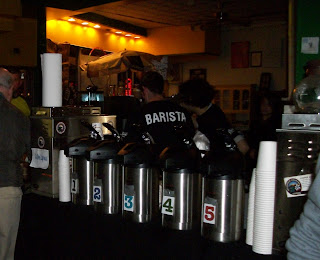